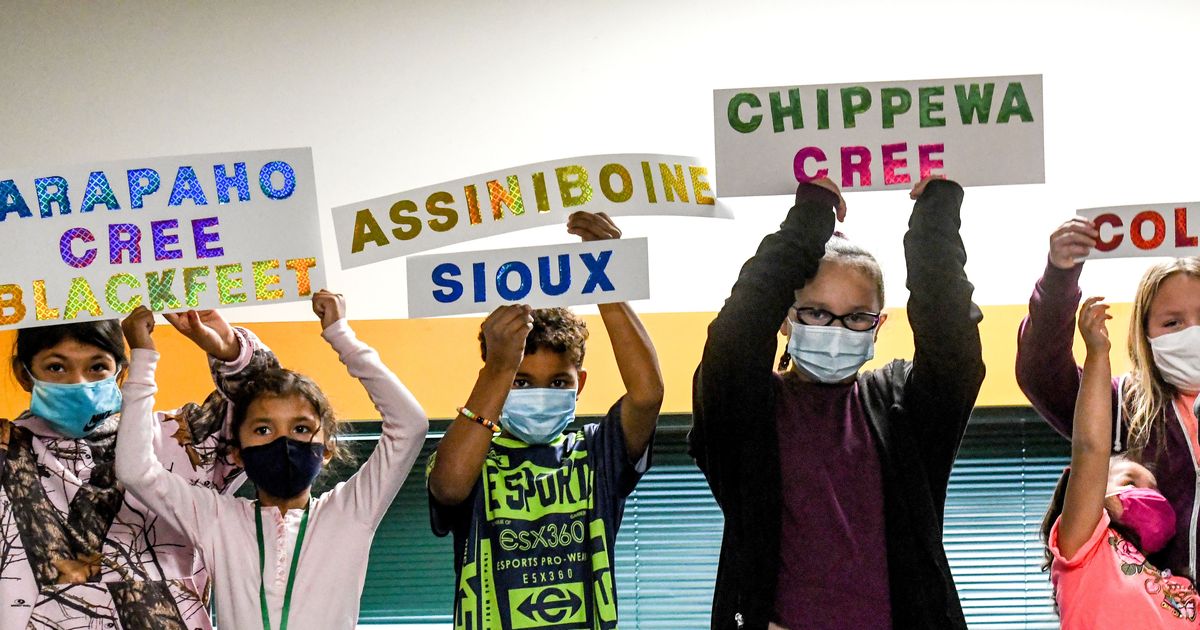 “There is a lack of confidence”: Native American education in Spokane public schools

None of the signs say “Native American”. Instead, they identified the children as members of the Spokane, Colville, Assiniboine, and other tribes.

For Tamika LaMere, Director of the Indigenous Education Program at Spokane Public Schools, it was a great time to learn for the students and their guests.

“It’s one of the goals of our program, which we educate internally and externally, and don’t perpetuate stereotypes,” said LeMere.

“We’re talking about the equity and diversity that reside in our people as distinct tribal nations: our language, our style of dress, the food we eat – all of the things that make us feel distinct – so that we don’t let’s not perpetuate these stereotypes. “

Of the 547 federally recognized tribes, 130 are represented by nearly 2,000 students in Spokane public schools.

According to statistics collected by the state’s superintendent of public education, Native American students need help, inside and outside the classroom. To that end, LaMere and his assistants focus on the latter – providing cultural enrichment through traditional activities such as drumming, singing, and cooking.

Raised in Great Falls, MT, LaMere is a member of the Little Shell Chippewas, who like so many tribes no longer have their own land.

While it is important to recognize that the school district and town are on the unceded land of the Spokane tribe, it also understands the needs of urban Native Americans “without knowing who they are as native people.”

“Some kids, you ask them which tribe they’re from, and they won’t know it,” LaMere said.

At the same time, Native American students from Spokane and beyond are struggling inside and outside the classroom.

As of spring 2020, about 78% of Native Americans and Alaska Natives in the district graduated on time, compared to 89% of the overall population.

In the same year, 59% of Native American ninth graders passed all of their classes, compared to 74% for all students. One in eight dropped out before graduating from high school.

These numbers are better than national averages and comparable to other districts in the state – with one glaring exception: Spokane has one of the lowest kindergarten readiness rates in the state at 32%; yet, for Native American children, it is only 18%.

Some of these same children have grandparents who were forced into boarding schools who tried to take away their cultural identity.

“There is a lack of confidence,” said LaMere, a former counselor at Glover Middle School who has been leading the Indigenous education program since the summer of 2020.

That’s the challenge: to build confidence among Native American families that the education system will help them assimilate the knowledge and experiences that will help them be successful without being assimilated themselves.

The work includes intervening with students who have behavioral and social challenges – “to keep them engaged, to have someone to turn to,” LaMere said.

This task has been complicated by the COVID-19 pandemic, as many families have withdrawn to their homes; LaMere and her staff responded with home visits.

While serving as a liaison with teachers and staff, the program also attempts to provide ongoing support to Native American students.

In the tradition of the signs held by the students of LaMère, other students receive an education.

For non-Indigenous students, curriculum changes are intended to create greater awareness and compassion. For Indigenous students, it can teach strength and resilience, foster the development of a positive identity, and help maintain tribal sovereignty.