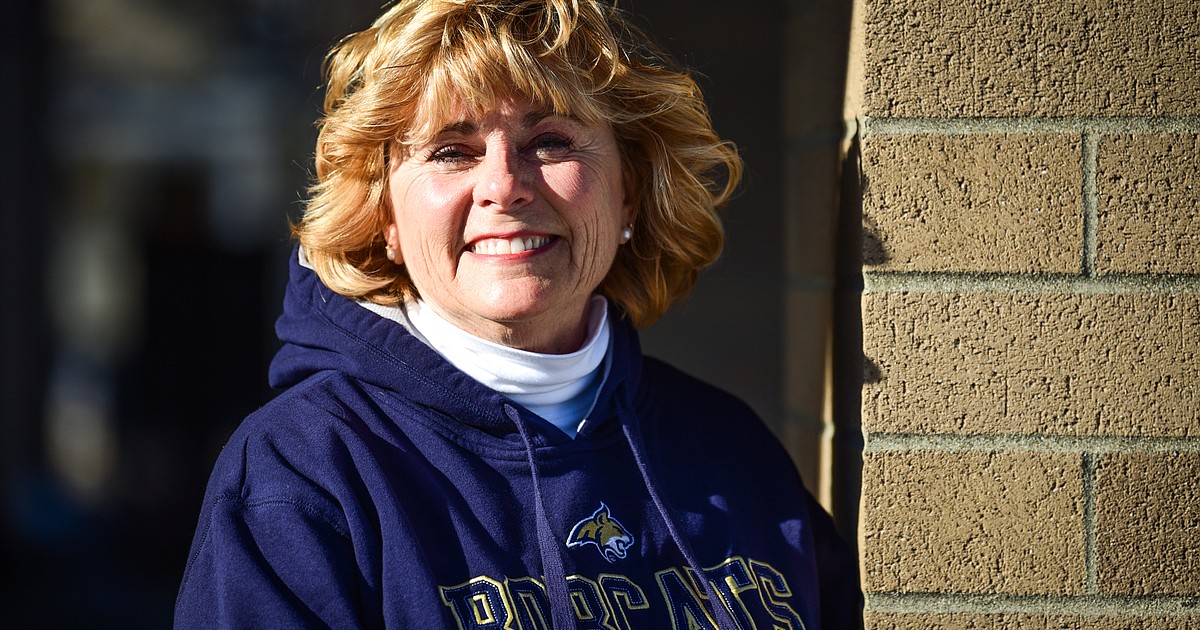 After 13 years of sowing the seeds of knowledge among Flathead County growers, gardeners, farmers, homeowners and students – a bountiful harvest awaits Montana State University Extension Officer Pat McGlynn, who will take his retirement in May.

For McGlynn, the work has combined her passions for teaching, research, horticulture and agribusiness.

“I think it was just in my blood,” she said, recalling starting a garden as a child growing up in a rural town in upstate New York. “I was still in the woods.”

Only a barbed wire fence separated the garden of her childhood home from a herd of cows and it wasn’t long before she volunteered to help out on her friend’s dairy farm.

“I loved working with animals and learning about cultures,” she said.

Initially, McGlynn wanted to teach full time. She wrote a thesis on school gardens and earned a doctorate in agricultural education from Cornell University. When a friend brought his attention to working as a Flathead County Extension Officer, the word “entrepreneurship” caught his eye.

“They were looking for someone with an entrepreneurial spirit to help, in particular, small acreage farming. I thought, “Wow, I’ve been doing this all my life and working on research projects at Cornell.”

ONCE IN the valley, his first task was to announce that an agent had returned to town after a long absence. To do this, she planted a garden on the courthouse lawn to promote the Master Gardener program.

“There hadn’t been an agricultural officer here for 15 years, so I thought, how will people know I’m even here to call me with their questions?” she says.

The garden would also be a learning experience for McGlynn.

“I had never grown anything in Montana either. I thought there were all these people who wanted to learn how to garden and that I would learn with them,” she said.

The word is out.

During an interview with the Daily Inter Lake at her office on South Main Street in Kalispell, McGlynn pulled out a thick, flipping binder of newspaper articles chronicling the work she was involved in during her tenure. It also tracked the number of incoming questions in the thousands per year. It’s not hard to imagine staring at two stacks of pink papers containing written messages that have been zipped into filing bins near his desk.

The questions run the gamut, from common identification requests for weeds, insects and plant diseases, to getting a second – to only – opinion on whether or not dung beetles could be shipped d Africa to take care of horse manure.

“The first two people to come into my office were two cherry growers. They had had several years where they hadn’t been able to sell their cherries because they had come across Washington cherries at the processing plant and ‘they were looking for varieties to harvest later,’ said McGlynn. “I knew horticultural plants, but I knew nothing about cherries. Let’s investigate together. The first thing we needed was funding.”

She started with the Department of Agriculture and won grants to hire experts from the universities of Washington and Oregon, launching a five-year cherry variety trial in 2010.

“It’s really the outreach mission — helping people solve problems and getting into them and finding out what people need in the community — in my case, it’s the challenges of agriculture — and trying to find solutions. I never say I have all the answers, but I can find someone who knows,” she said.

PROBLEM SOLVING is a satisfying part of the job, but there is also the joy of bringing people together to complete a task.

“The joy of this first project was that there were cherry growers who lived only two miles from each other, but had never visited each other before,” said she declared.

Then came the study of cold-resistant wine grapes.

“There were individuals who had been growing grapes for a long time in their backyards, it’s small acreage, but they had no way to get together,” she said.

“Again, that was another time where I didn’t have that information, but I knew people at Cornell, so I was able to not only attend their research conferences. I was able to get some money from the Department of Agriculture and the USDA to set up the research plots, but also to bring these experts here to meet with our grape growers,” she said, with the experts coming from North Dakota, New York and of Minnesota.

“These grapes are more acidic and less tannic,” she said, explaining the varieties that grow in Montana. “Winemaking is also very different, so we brought in winemakers or winemakers from other states to help out.”

The creation of the Montana Grape and Winery Association, which recognized McGlynn for helping to “provide the foundation” for the group at its 2016 annual conference, also had an impact on the project.

“After grapes there was hops and after hops came dark fruits,” she said with a smile, almost forgetting to include an apple orchard trial.

AS THE valley continues its transition from farmland to residential, the extension has sought to meet changing needs, teaching courses such as land stewardship, land management and poultry management.

“Everyone wants a chicken now,” she said.

Even before the pandemic, many people moved here, she notes, pointing out that she taught more than 400 people in the Master Gardener class with about 75% of the students in each class not from Montana. Students often learned to grow vegetables elsewhere or never before.

“We have a lot of people moving here who are pre-retirees. They’re very active and they want to do something on their property,” she said, with the goal of living the “Montana dream.”

But this dream can turn into a nightmare without doing the research. That’s why McGlynn is passionate about educating the public with research-based information and best practices.

For example, when it comes to pasture management, she points out that even though it is legal to have two horses per acre, it should actually be 10 acres per horse. The result is that the pasture ends up having problems with noxious weeds and over-compacted soil in about two months, she says, and landowners don’t know how to remedy the problem.

“That’s why we teach land stewardship classes so it helps people not run into a pothole,” she said. “A lot of times people make mistakes in their garden, or their pasture, or anything on their property because they just don’t know. It’s educate, educate, educate, educate.

His desire as an agent has been to help people achieve practical goals for their properties while respecting the land, and in return, have something that can be passed down through generations of family.

RETIREDshe’s looking forward to picking up some of the work that’s been on the back burner for the past two years to take on the additional duties of the Flathead 4-H officer position, which remains open, she said, if someone is interested in applying.

“We’re the second largest in the state,” McGlynn said, with 655 members.

Her goal is to become a private consultant in the design of properties, such as where to put up fences or orchards.

Another studies her interest in agritourism.

“I sit on the Governor’s Advisory Council on Tourism and that’s one of my real passions – helping farmers or rural people get money out of tourists and create experiences,” McGlynn said, in emphasizing education, of course.

“I think it’s the teacher in me and I love having them [consumers] understand all the work that goes into some of the products that they have in their homes so that they honor and respect that whole lineage of farming,” she said.

But first, she said she wanted “just a few months to breathe” and visit family on the East Coast, whom she hasn’t visited since the pandemic.

Everyone has a stake in public education – Daily Montanan

UM Vault Artist of the Month for March | Arts + Culture