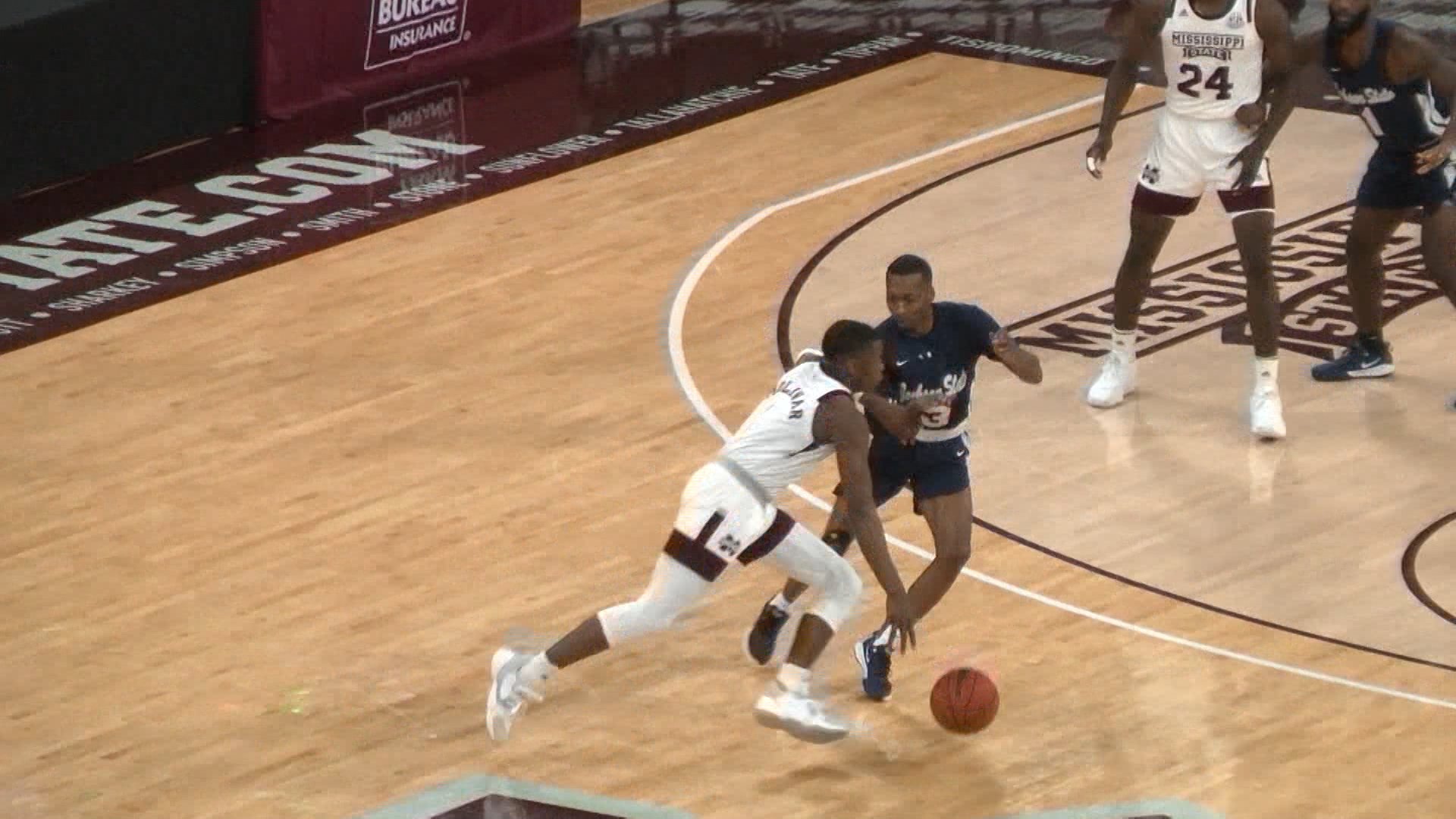 Iverson Molinar is entering the 2021-22 season as one of the SEC’s top players and has been picked as the All-SEC preseason first-team selection by media, announced Tuesday.

Molinar improved his scoring average by 10.8 points per game between his first and second seasons, the SEC’s seventh biggest jump in the past decade. He teamed up with Tolu Smith and DJ Stewart Jr. averaging 45.3 points per game, which was the SEC’s second-best line.

Mississippi State was chosen to finish eighth in the annual preseason media poll, while Scotty Pippen Jr. of Vanderbilt won the SEC’s preseason player of the year status.

Mississippi State won a second place finish at NIT 2021 as the Bulldogs won a playoff offer for the third time in a row when the playoff tournament has been played. State has won seven of its last 10 games, highlighted by five combined NCAA NET Quad 1 and Quad 2 wins on the home stretch.