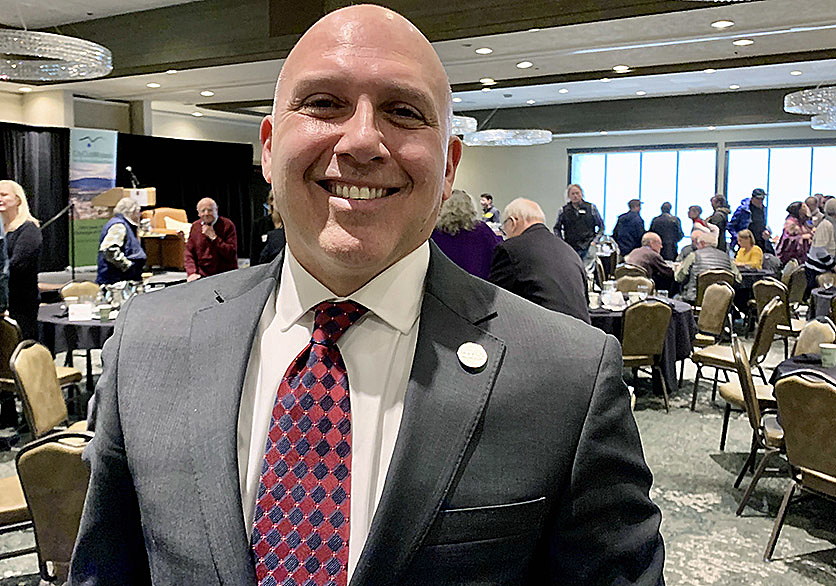 (Daily Montanan) The Montana Museum of Art and Culture has acquired a new collection that director and professor of art history and criticism Rafael Chacón says has shaped people’s ideas about the West and offers viewers a chance to reconsider its mythologies.

“It’s such an important part of the nation’s landscape, that it behooves us to re-examine what is real and what is actually a construct,” Chacón said. “What is an idealization of the West? And so the visual arts give us the opportunity to ask these questions.

The University of Montana announced last week that its MMAC had acquired the significant collection of 125 works by UM alumni Stan Goodbar and the late Donna Goodbar of Wyoming, along with an exhibit called “Imagining the West: Selections from the Stan and Donna Goodbar Collection of Western Art” will be on display Feb. 4 through March 26. Chacón said the acquisition came at the right time for the museum and fills gaps in its Western art collections.

The museum, which has the largest public art collection in the state, currently operates out of a few galleries in the PAR-TV Center on campus, and space is limited. The timing is right as the museum will soon open an estimated $8 million building on the north end of campus. Paid for by private fundraising, the new home means the museum can expand its holdings.

“When this collection came out of the Goodbars, it was an opportunity for us to deepen our collection of western art,” Chacón said.

The Goodbars focused on artists from the last century that MMAC had not represented in its collection, he said, such as illustrators Nick Eggenhofer and Will James. UM noted that other Montana artists represented include John Clarke, Joe De Yong, Elizabeth Lochrie, Ace Powell and OC Seltzer. Chacón said they carried on the traditions of Charlie Russell and Frederick Remington, but extended the illustrative traditions to popular media.

“That’s really how people discovered the West, how they understood the West,” Chacón said. “And they did it by looking at pulp fiction and magazine covers and Hollywood.”

Artists promoted an idea of ​​what the West is, and sometimes a romanticized notion of Westerners, he said. He therefore said that the exhibition will give people the opportunity to rethink Western art and its ideology, images, stereotypes and clichés. People may wonder if what they are seeing is an accurate depiction of the peoples who colonized the West and the Indigenous peoples of the West.

“This exhibition is a golden opportunity for us to rethink all of Western art and fundamentally the way participants are represented,” Chacón said.

One piece that will be on display is a bear sculpted by Blackfeet artist John Clarke, who lived in East Glacier and had a reputation for carving animals out of wood, Chacón said. Western artists catered to Western hunger, and Clarke sold a lot of work to tourists coming to Glacier National Park. Tourism has encouraged indigenous artists to modify their own artistic traditions in some ways, but also to adopt the tastes of the dominant culture, Chacón said.

“The fact that he was an indigenous artist making art for tourists is, I think, a very interesting part of the story, and it’s a story that needs to be told,” he said. declared.

Chacón said fundraising for the new building is underway. It will be some time before the permanent collection is visible, but he said they hope to start construction this spring on the site across from the Adams Center Recreation Annex, near an extension of Memorial Row .

Cities are embracing cloud computing and IoT for smarter transportation

Why Parents Need Educational Choices to Protect Their Values