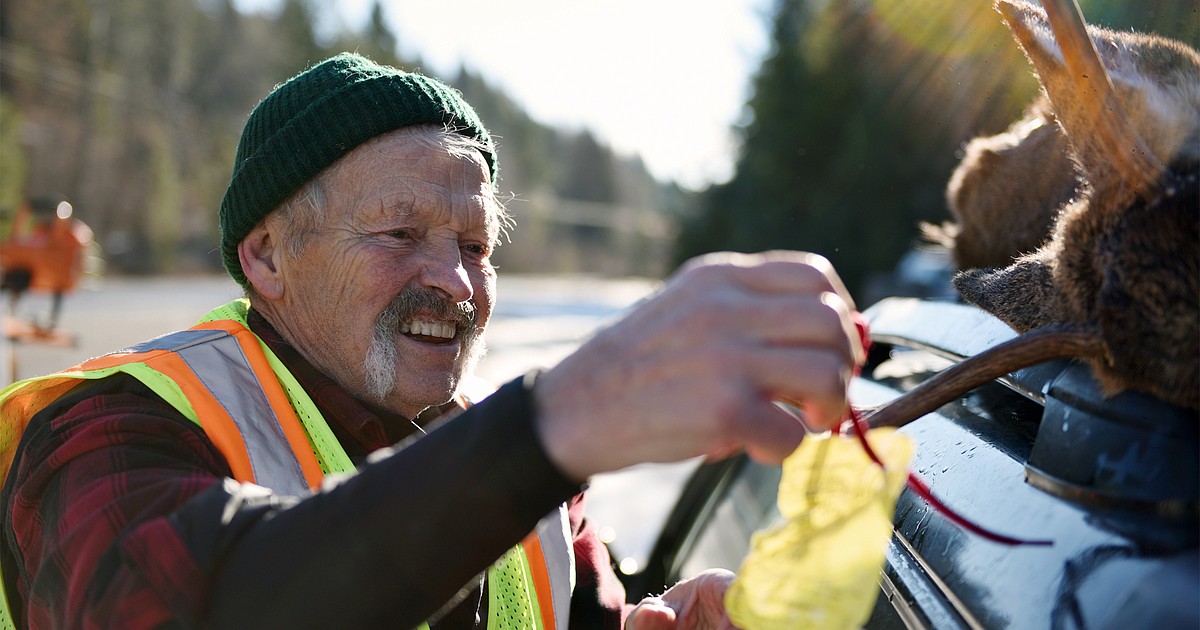 Leonard Howke was a multi-talented family man who also knew the value of hard work and its rewards.

But in the end, he will be remembered for his love of the wild places of northwest Montana and for sharing his passion for the outdoors with local youth.

Howke, 79, a longtime resident of Whitefish, died Oct. 2 at his son Duane’s home in Kalispell. Leonard and his wife, Billie Jean, had moved in with his son and his wife after tragically losing their home to a fire on September 9.

“It was a real punch for us,” Duane told Daily Inter Lake in a telephone interview on Tuesday. “I know I am the man I am today because of him. He really was my best friend. Even though I was out of town for work, we talked to each other every day.

“He raised me and my son, and he took care of his family. If the world had more people like my dad, there wouldn’t be so many problems.

Leonard looked after his wife, who uses a wheelchair, and helped his grandson develop a career working with explosives.

“He had a great time taking my son to school in Missouri for this and then we learned that his dad, my grandfather, was working with explosives while blowing up stumps so the railroad could be built here. “

Howke was a longtime volunteer with Montana Fish, Wildlife and Parks. He has taught hunter education for over 50 years and was one of the leaders of the “Hooked on Fishing” program. Howke also worked in big game checkpoints for 30 years. He has also volunteered for many FWP projects studying the region’s wildlife.

Duane said trying to cut down on his favorite memories of spending time with his father wasn’t easy.

“He used to take me backpacking when I was pretty little. When I was tired he would tie me to a bag frame, tie it to his bag and carry me until he was tired. Then I would go down and walk a little more, ”said Duane.

Duane also recalled memories shared by others of his father’s outdoor adventures when he was younger.

“They would go out on Friday after school, walk as far as they could before dark, camp out, then walk into a lake to fish before coming back late on Sunday to go back to school on Monday.

“But they didn’t always go to school,” Duane said with a laugh.

Duane said they have walked the entire length of Glacier National Park and visited all of the lakes in the Jewel Basin.

“We have traveled thousands of kilometers here hiking, hunting and fishing. You really couldn’t beat him, ”said Duane. “He took me everywhere.

“He was fixing other people’s snowmobiles and it was not unusual to have 20 in the yard,” said Duane. “He was racing snowmobiles in West Yellowstone and if anyone needed help there with his machine, he would step in to help them too.”

HOWKE WORKED as a heavy equipment operator and he helped build the last tank at the Columbia Falls aluminum plant.

But an accident while chopping firewood with Duane left Leonard unable to continue his work.

In a 2015 Inter Lake story, Howke recalled how his life has changed.

“September 26, 1981. That’s when my life changed,” he said. “It was the weekend, I was with my wife and my son picking mushrooms. I saw a dead tree and decided to go cut it down for firewood, then the top fell on me.

The log injuries resulted in four surgeries, two metal rods in his back and seven fused vertebrae before his discharge from hospital.

“They thought I would never walk again, but being stubborn as I am, I guess I fooled them,” he said at the time.

Howke thanked Hunters Education for helping him stay active after the accident. It cost him his job as an equipment operator at the old Anaconda Aluminum Company.

“Classes helped me not to think about that, and so did fishing,” Howke said with a smile. “When I got injured, it gave me more incentive to keep going. I didn’t want to give up, and it was something I was really looking forward to.

KALISPELL RESIDENTS John Cloniger and Jan Thon got to know Leonard through the “Hooked on Fishing” program.

“John was such a gentle soul,” Sloniger said. “The kids just loved him. He was so dedicated to Hunter Ed, to the checkpoints and to “Hooked on Fishing” that he couldn’t do enough.

“I am sad that he passed away, but he was a hard worker and a very positive person.”

Sloniger also spoke about Leonard’s involvement in the Fishing Without Barriers program and other initiatives.

“His work in this area and in the schools of Whitefish, Columbia Falls, Olney-Bissell was instrumental in the learning of thousands of children to fish,” Sloniger said. “His laugh and smile were genuine, he loved life and work and he will be missed. “

“Leonard was calm, unpretentious, always smiling, always ready to help. Not many people knew Leonard, but he touched thousands of lives, especially young fishermen and hunters. Leonard left a legacy few of us can match, one we should all be grateful for, ”said Vashro.

Vashro also noted that Howke’s 56 years of teaching at Hunter Education was the third longest tenure in Montana.

“Leonard once told me that one of his Hunter Ed graduates killed his first deer near Libby and insisted his father come home via Olney’s checkpoint so Leonard could check it out,” Vashro said. Leonard said the father had acted ‘a little cranky’ but you could tell he was proud. Then Leonard smiled and said, ‘I taught Father Hunter Ed too.’

Although the services are not scheduled for this year, Duane said they will take place next spring.

He and other family members will also make Leonard’s last wish come true when the weather permits.

“He wants his ashes to spill out into the springs of the North, Middle and South Forks of the Flathead River,” Duane said. “Getting to North Fork will be easy because we can drive there, and FWP will help us fly into Middle Fork at Schafer Meadows.”

The South Fork will be their most difficult and rewarding trip, however.

“Our cousin, Chuck Allen, has horses and we will make one last trip with the old man to Big Salmon Lake to make his wish come true.”