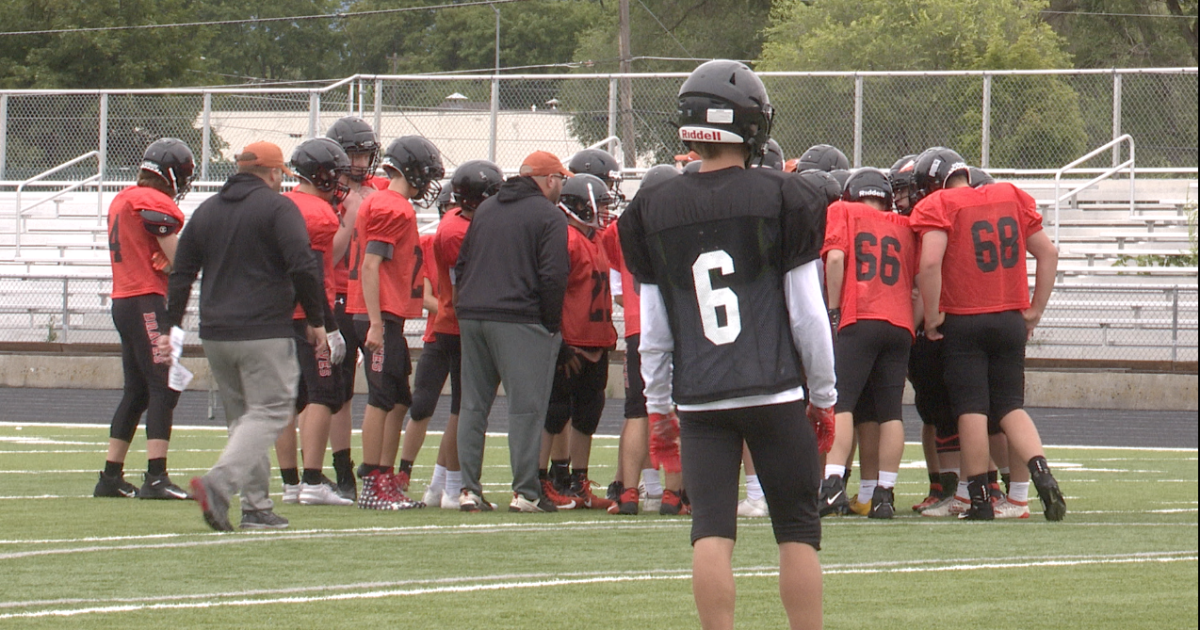 KALISPELL – Football Kalispell Flathead is gearing up for his 2021 season with new coach Alex Cummings. Cummings, a native of Missoula, was an assistant coach for six years with the program, but now the bigger question is: what will the new culture look like for the Braves with Cummings in charge?

“He brings a family-like culture. It was here and he’s bringing it back,” said quarterback Jackson Walker. “We create team bonds and try to come together, more like brothers.”

“I think it’s a huge advantage for me to have been an assistant here for (six) years,” Cummings said. “I think we had a really good integrated culture. When I came here, there is 100 years of tradition here. I think the biggest challenge for me now is to come out of the 2018 season, to win the title of ‘State, then of you I kind of had a two-year downtime, where I basically tried to cramp it down and rebuild it however I wanted.

“And I think the kids did a really good job of approving me and bringing me closer to the culture I’m trying to build.”

After finishing second in the 2018 State Championship game against Billings West, the Braves have gone 2-15 over the past two seasons, including a 0-7 mark in 2020.

These kids have been experiencing growing pains for the past two years, but Cummings is hoping he begins to see some growth. While the team is mostly made up of sophomores and juniors, there are also 11 seniors to help set the tone.

“I think we’re going to get pretty young again. I think we’re in second year and pretty heavy junior class, little senior class. Which is just the way it goes sometimes. But I think the seniors that we have do a good job of setting the tone and doing things the way they should be done here, “Cummings said.” I say it everyday, the norm is the norm, we have to do everything in this program the right way, and it starts with the little things. We need to make sure we’re on time, we need to make sure we’re doing the right thing in the community. We hold ourselves accountable not only to ourselves and our teammates. “

“We’re young but we’re growing up, and there are a lot of other teams out there, so we’re just going to try to be better every day and keep going,” Walker added.

This camaraderie extends to the stands where the team’s MVP will return: the fans. And no one is more excited about it than the team.

“I’m super excited, it’s so weird when it’s just calm and limited, so it’s going to be fun having the fans in the student section again, so it will definitely be fun,” Walker said.

Transportation Secretary Pete Buttigieg and her husband are now parents

Transportation problems continue for schools in the city of Lynchburg | Education