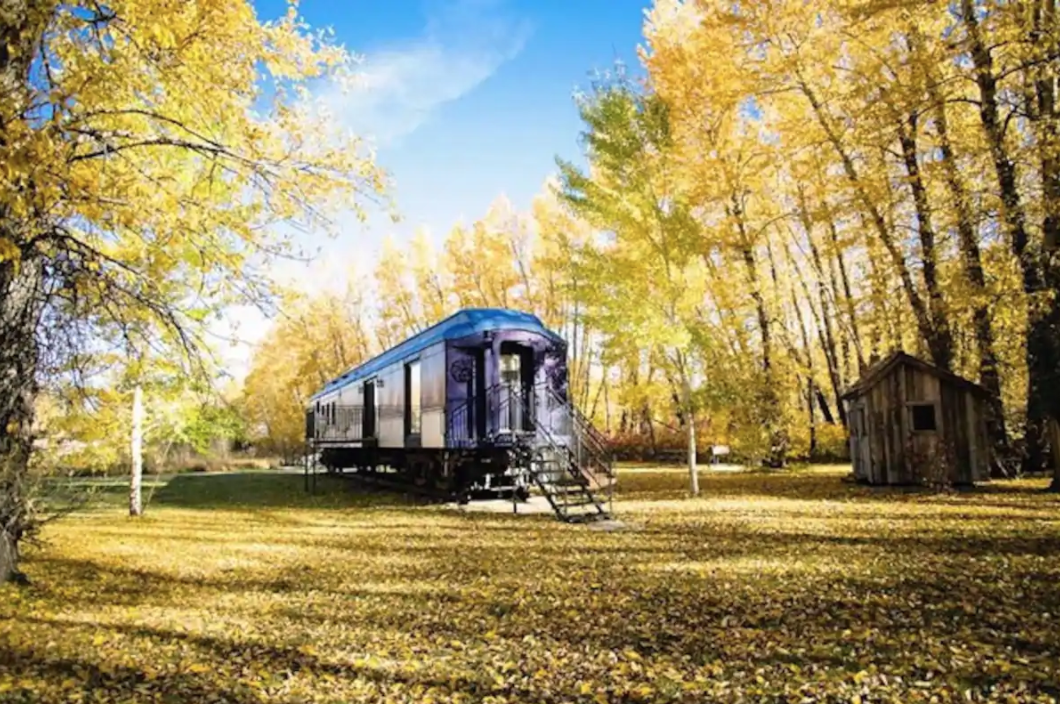 As various cities’ transportation systems age, people are trying to find uses for subway cars that have (literally) gone off the rails. As we try to be environmentally friendly and creatively reuse buildings and other infrastructure, the trend is to think outside the box for these boxcars.

Why replace them? Many need changes to become more ADA compliant for people with disabilities, to provide more room for bicycles, and to become “smart cars” with digital screens transmitting improved communications about routes, stations, and delays. …plus, seat upholstery may have just released its latest villain. smoke.

For example, in the San Francisco Bay Area, the BART (Bay Area Rapid Transit) system is retiring its old cars to make way for the fleet of the future. Workers build 775 rail cars at a new rail car assembly site in Pittsburgh, California. So what does this mean for so-called “legacy cars”? They can have a reinvigorated second life, as is the case with decommissioned cars from many other cities.

Most BART cars will be recycled by a steel processing center. But at least some found a bright future after the transit system invited reuse proposals. They will become a retro video game room connected to a pizzeria; a small Oakland A memorabilia museum combined with a beer garden; a coworking café that turns into a pub at night; a museum of the public transport system; a simulation site for training firefighters; and a youth cycling skills program.

In New York, former Metropolitan Transportation Authority (MTA) subway cars are now home to fish. They were sunk to the bottom of the Atlantic Ocean to create artificial reefs for millions of fish as well as corals, algae and other sea plants. Windows, doors, and wheels are removed first to create a hassle-free swim for fish moving in and out. Thousands of cars are now there.

In many cities, reused train carriages become restaurants. The Formosa Cafe in Los Angeles is fun, created in 1939 from a red 1904 streetcar, the last of its kind in existence. Celebrities like Elvis, Sinatra and Ava Gardner have eaten and drunk here; legend has it that John Wayne makes his own eggs in the kitchen. A 2019 rehab focuses on the Chinese-American history of old Hollywood, including the Yee Mee Loo bar.

In Livingston, Montana, the Centennial Inn is a Northern Pacific Railway lounge car parked 300 yards from the shore of the Yellowstone River. This isn’t just any old repurposed train; this depicts Montana’s entry to the 1964 World’s Fair with fine Victorian furnishings. It’s on Airbnb with full access to the 13 acre property it sits on with private beach and fishing access.

And of course, many of these cars make their way to museums to delight kids and adults alike who climb aboard and pretend to be on the tracks. The California State Railroad Museum in Sacramento even has a sleeping car that gives you the experience of being on a moving train at night. The car sways back and forth with lights and shadows passing past the windows – and a built-in soundtrack simulates rhythmic, slapping wheels – to create the fantasy that you’re heading somewhere.

Hopefully more cities will find adaptive reuses for their retired subway cars, especially given the tiny house movement that has sprung up in recent years, because isn’t that essentially what a train car can be? That may be the answer to some of our housing shortages and homelessness issues. These cars have provided excellent rides for decades; maybe now is the time for them to provide a home.