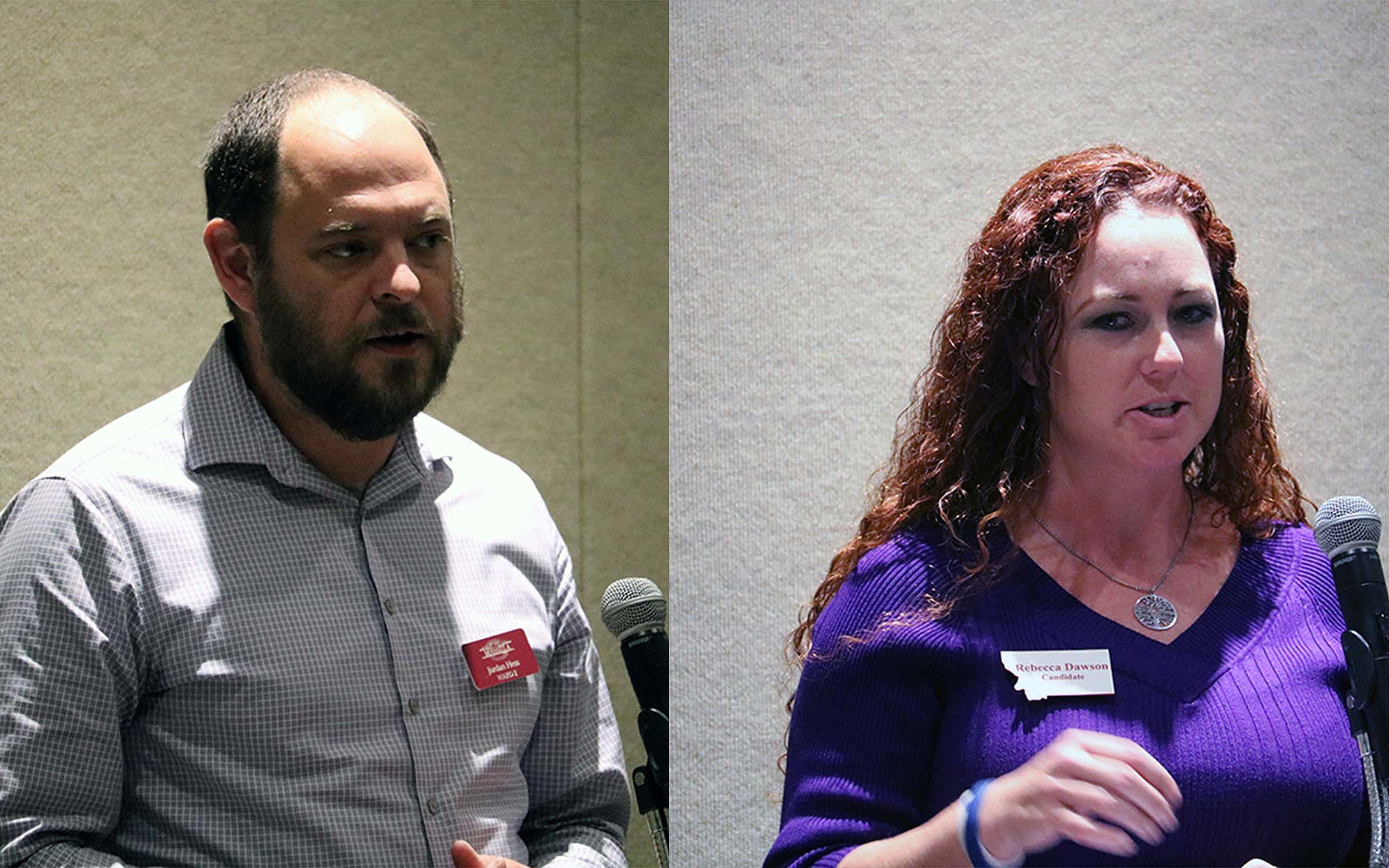 Voters in Ward 2 will have a choice of two candidates for Missoula city council in November, including a transport expert and climate advocate, and a Bitterroot native and mother who believes the city’s spending is out of control.

Jordan Hess, director of transportation at the University of Montana, is running for his third term on the board and is challenged by political newcomer Rebecca Dawson. The two discussed their vision for downtown Missoula, taxes and obligations at a forum hosted by the Downtown Missoula Partnership on Tuesday.

Dawson, who grew up in the Bitterroot, moved and relocated to Missoula, joined several other candidates to run on a tax accountability platform.

“Over the next two years my taxes were astronomical,” Dawson said. “When we bought our house (in Missoula) we had a certain budget in mind and every year that budget had to change because of property taxes. “

This, she says, is the main reason she runs.

“I would love to see fiscal responsibility brought back to Missoula,” she said. “I know property taxes are only part of our municipal government. But if we can spend this money more wisely, we may be able to avoid tax increases in the future. “

Like many candidates showing up on a fiscal responsibility platform in the area this year, Dawson didn’t say where she thinks savings could be made, or what she sees as irresponsible spending.

However, she developed the many general duty bonds adopted by voters in Missoula in recent years. These include a new library, schools, open space, Mountain Line and the Fort Missoula Regional Park. In total, they easily amount to over $ 150 million.

“Missoula never met a bond issue that she didn’t like,” Dawson said. “I think Missoula City Council can do a better job of educating the public on what these issues are really going to cost them, and maybe looking for alternatives.”

Hess, who holds the advantage as the popular holder of the city council, discussed his penchant for downtown Missoula and praised the master plan that helped shape the downtown district during of the last decade.

“The master plan was developed with the vision of hundreds of people, and I am confident that as a local government we have adopted plans and policies, and it is our job as elected officials to lead these policies and help get those policies passed, “he said.” I would love to see the small businesses in our downtown continue to thrive as our community changes.

Hess also spoke about taxes and her priority as a member of city council.

“We have three crises emerging in my mind, and these are climate, equity and housing,” he said. “These issues need to be addressed at all levels of government urgently. There is a lot of work going on in Missoula on these three, and there is a lot of good work proposed in our housing policy. I want to see them through.

Asked specifically about voter-approved bonds mentioned by Dawson, Hess said such bonds are a way of being accountable to voters. When spending large sums of money on community projects, such as the library and open space, asking voters is the right thing to do, he said.

“If you’re going to spend tens of millions of dollars on a cornerstone cultural center in downtown Missoula, the right thing to do is ask voters to approve it,” he said. “Bonds are our way of seeking approval, but more generally our Montana tax system is broken. We really need to diversify our revenue sources at the state level. Property taxes are a problem. It is a problem imposed on us at the state level.

Dawson said she didn’t know the exact answer to the bond question, but maintained her skepticism about their frequent passing.

“My idea over the years is that it was all about asking voters for permission to spend money,” she said. “When someone complains about their taxes, they can say that it was voted on and that it was a popular project. “

LETTER: Voters: Determine Who Will Stand Up For Children, Public Education | Opinion