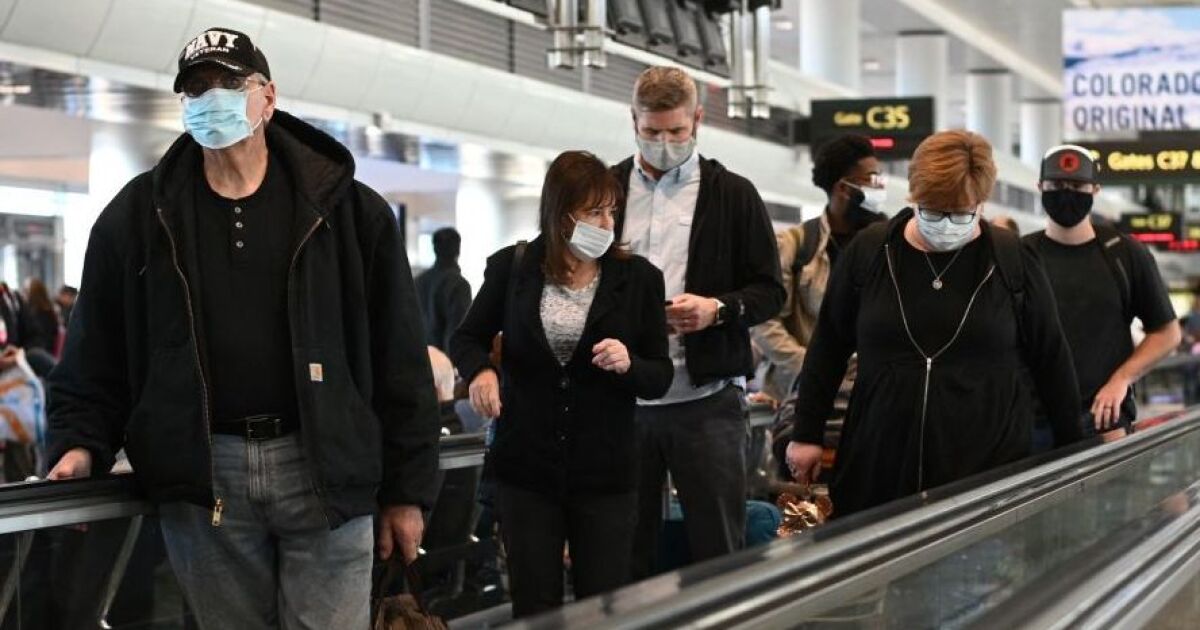 The Biden administration is extending its face mask requirement for public transportation for another 15 days. This means that travelers will still have to wear masks in airports, planes, buses, trains and in transit centers until May 3.

The mask travel requirement was due to expire next Monday.

The Centers for Disease Control and Prevention is maintaining its mask order “to assess the potential impact of increased cases on serious illness, including hospitalizations and deaths, and health care system capacity,” according to an agency spokesperson.

The spokesperson also confirmed that the Transportation Security Administration, which handles enforcement of the order, is extending its security directive and emergency amendment an additional 15 days.

The decision was made in response to the increasing spread of the omicron subvariant in the United States and an increase in the 7-day rolling average of cases, which has increased by approximately 25% over the past two weeks at national scale. Some states are seeing much larger increases in new cases.

The CDC is following the science with this latest decision, says James Hodge, who directs the Center for Public Health Law and Policy at Arizona State University.

“I believe a two-week period is just enough time to say that we are monitoring very carefully,” he says. “If we withdraw this mask mandate, we will have an increased number of infections – it is not responsible and it goes against public health.“

However, there has been growing pressure on the Biden administration to lift the mask rule.

In a letter to Biden last month, industry group Airlines for America argued that it was no longer necessary to keep the order in place. Republican Florida Governor Ron DeSantis also recently announced that he is taking legal action in several states against requiring masks to be worn on public transit.

Although there are many supporters of the mask requirement, some infectious disease experts say it’s time for the US to lift the mandate because cases are much lower than it has. been for a long time.

In fact, the CDC’s own measurements show that about 95% of the country is currently designated as having “low” community levels of COVID-19, says Dr. Monica Gandhi, an infectious disease specialist at UCSF.

“It’s really not consistent to have a mask mandate on a plane or a bus versus the whole community,” says Gandhi.

She notes that activities like indoor dining tend to be riskier than flying in planes, which have very good ventilation. “So I think the inconsistency can be seen as problematic.”